2016 has been an interesting year.

At first I turned these down, as it wasn’t in the skill set I’d mentally set for myself. As time went on and these calls became more and more frequent it dawned on me that this might actually be something to explore. Around this time I had been pondering just what my future was going to hold. I’d been kicking around the idea of doing some further education, and of course it would make sense for me to pursue something in sexuality. There is very little in the way of courses out there for this topic in Australia, seeing as we generally are quite conservative and prudish when it comes to sex and sexuality, especially if it’s not mechanical heterosexual in it’s flavor.

When I was in the USA last year I had the fortune of stumbling across someone who was a sexologist in a tiny American town to the north. He spoke to me about what he did and the course he took, also how much he enjoyed it. That stuck in my mind and when I started looking for courses in Australia I was disappointed to find they were more psychology “sit on my couch and let me assess you” style. At the time that was all I could find however so I considered doing a degree in either social work or psychology, and then going on to do a Masters in Sexology at Curtin University in Western Australia. 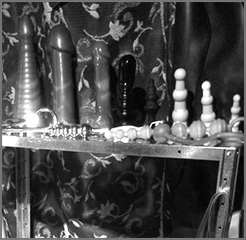 Pro Dom’s talk among each other, and one of the main gripes we have is the way people approach us. Please remember this is our passion and job. We are not 24/7 Fetish Fantasy machines that only exist to fulfill your desires – and while we do what we can to help we expect people to remember you want what we have and not the other way around.

These are written from my personal experiences as a Professional Sir who works with men, but I can tell you many of the Female Pro Dom’s on Fetlife echo my thoughts. These ladies however encounter these in far greater numbers that I ever do.

Overall we expect a level of respect and common courtesy. I know myself I don’t expect to be treated like a god, demi or otherwise. If you come in acting like an ass you will be ignored very quickly. 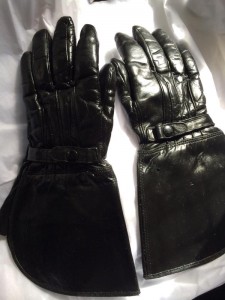 hile attending IML in America earlier this year I lost one of my vintage motorcycle gauntlet gloves somewhere while walking around the markets. I was suitable disappointed to be left with one, and even after lots of asking around and searching the missing glove never surfaced.

Fast forward almost half a year and my boy in training presented me with a new pair in a wonderful gift. He had found a pair on Ebay in America that were in very bad condition and has lovingly restored them with some bootblacking into an amazing pair of gloves.

They are wonderfully snug and have a vintage leather smell to them still, mixed with the smell of the new conditioner and dye. I’m extremely honoured and proud to have them to wear. Thank you 13.